3 May 2021
The exposition "Belarus - the taste of nature" is presented at the international exhibition UzFood, which opened on April 28 in Tashkent. The exposition demonstrates innovative products of seven Belarusian food industry enterprises.

The Brestmyasomolprom Concern and its subordinate enterprises - the Luninets Dairy Plant and the Kobrin Butter and Cheese Plant - presented the advanced developments of domestic technologists. The cheeses of the elite Raclette group aroused particular interest among the visitors.

Holding "Babushkina Krynka" presents new types of cheeses with natural fillings. The enterprises of the holding process 85 percent of milk produced in the Mogilev region - more than 72 thousand tons per month. The monthly volume of dairy products produced by the holding is over 60 thousand tons.

Meat of beef and offal, sausages and semi-finished products is demonstrated at the exhibition by the Volkovysk meat processing plant; Grodno Meat Processing Plant - dry-cured sausage made from selected beef according to exclusive Italian recipes, as well as raw-smoked sausage with prunes.

The exposition "Belarus - the taste of nature" also presents equipment for the food and processing industry from the BRESTMASH company.

The exposition is accompanied by a rich business program.

On April 27, on the eve of the opening of the exhibition, a seminar "Uzbekistan - Belarus: prospects for cooperation" was held, in which the Ambassador Extraordinary and Plenipotentiary of Belarus to Uzbekistan Leonid Marynich, representatives of the management of a large Makro trade network and distributors of Belarusian products in Uzbekistan took part. As part of the event, the prospects for the development of industrial cooperation and the expansion of trade and economic ties between enterprises of Belarus and Uzbekistan were considered.

Also, within the framework of the UzFood exhibition, a number of congress and business events are planned. There will be a "retail center" - a specialized platform for meetings of food manufacturers with buyers and retailers from Uzbekistan and other countries participating in the exhibition.

The organizer of the exposition “Belarus - the taste of nature” is the exhibition unitary enterprise “Belinterexpo” of the Belarusian Chamber of Commerce and Industry (www.belinterexpo.by).

UzFood is the largest food exhibition in Uzbekistan. This year, more than 150 companies from 26 countries are taking part in it.

The exhibition will run until April 30. 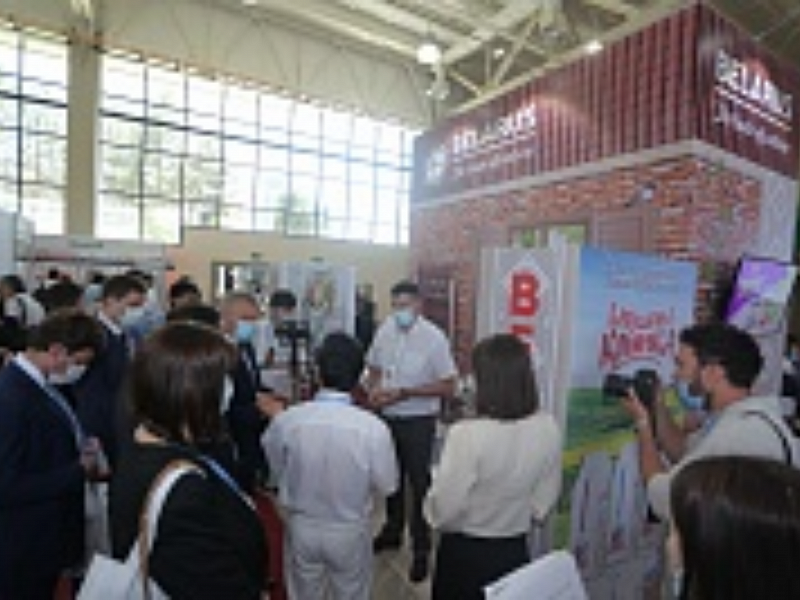 Request a call back Leave your details and we will call you back!